Tables have turned in U.S. divorce courts with more women paying their former husbands alimony and child support than ever before, according to U.S. lawyers.

As women climb higher up the career ladder and outpace their exes in salary, when love goes wrong and marriages break up they are being compelled to contribute to the liveli- hood of their former spouses.

And some are not happy about it.

More than half, 56 percent, of divorce lawyers across the United States have seen an in- crease in mothers paying child support in the last three years and 47 percent have noted a hike in the number of women paying alimony, according to the American Academy of Matrimonial Lawyers.

“It shows that women have really moved up financially and that in many instances they are the major bread winners in a lot of families,” said Alton Abramowitz, the president-elect of the academy. 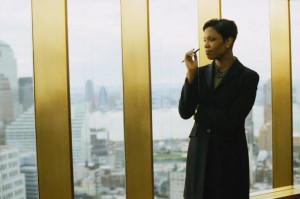 “The glass ceiling has been pierced and more and more women have taken over the financial responsibilities and have been saddled with them as well. It is a fact of the way our society has evolved over the last number of years.”

Abramowitz, who has been practicing law for 39 years, described the findings of the sur- vey and the changed role of women in the workforce as a sea change.

In his graduating law school class of 135, there were just six women. Data from the Digest of Education Statistics show that the number of men and women receiving medical de- grees in the U.S. is almost equal, unlike 1980 when only about a third of medical degrees were awarded to women.

The number of women getting law degrees has nearly doubled.

“You are seeing the results of that, the impact, now in terms of the professions,” Abramowitz said.

Just as many men grumbled about paying alimony to their former wives, women are not pleased with the turnaround.

“We see women who are every bit as angry as their male counterparts, maybe more so, when they are confronted with the concept of paying spousal support to a man,” said Abramowitz.

The gender switch in alimony payments is just one of many changes he has seen during his four decades as a lawyer.

“When I started practicing in 1973 there was no equitable distribution of property,” he said.

The 1,600 members of the Academy of Matrimonial Lawyers handle separations, prenup- tial agreements, custody battles, property evaluation and division, the rights of unmarried couples, as well as divorce and child support.