How Spying On Your Ex Could Land You In Court

Would you use spy gadgets in order to get custody of your kids?

On Thursday, “ABC World News with Diane Sawyer” explored the increasing use of surveillance equipment among exes in divorce and custody cases, from hiding a camera in a child’s teddy bear to installing tape recorders in the home of an ex.

“The one thing that’s exchanged between the warring parties is the child,” attorney John Kinney told ABC News correspondent Jim Avila. “So the child becomes, in effect, some sort of Trojan horse.”

But can the material gleaned from spy equipment be used in court? In 38 states, it’s legal to secretly record in a public space, ABC reported. And while federal wiretapping laws exist to protect the privacy of cellphone conversations and computer information, judges often deem the recordings admissible evidence.

In a similar story published by the Houston Chronicle Sunday, attorney Reginald Hirsch weighed in on the best way to navigate the the murky legality of domestic spying. 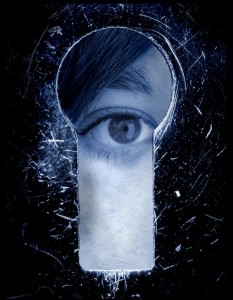 “I tell people that it may not be criminal, but you can be sued for invasion of privacy. The bottom line is that if it doesn’t feel right, it’s probably not right. I don’t care how pissed off you are — just don’t do it.”

Indeed, some spouses who’ve been snooped on are using privacy laws to their favor. Recently, one Texas father filed a lawsuit against his ex-wife, alleging that she invaded his privacy by sewing recording devices into their child’s jeans. The man is reportedly seeking at least $70,000 in damages.

Source: The Huffington Post.com, Inc., “Divorce Spy Gadgets: How Using One Could Land You In Court”