A choice between a two-month jail term and posting a month’s worth of regrets on Facebook recently prompted an estranged husband to pick a punishment of apologies. A divorce court judge ordered the separated husband to jail or to recant social media comments that painted an “unfavorable” picture of his wife.

The daily apologies, scripted by a domestic relations magistrate, began running on the estranged husband’s Facebook page in mid-February. The husband, who is engaged in a divorce and child custody dispute, is appealing the ruling on grounds of violation of free speech. The soon-to-be ex-husband believes that the court-ordered, magistrate-written apologies are false statements and objects to being forced to post them on a website accessed by his friends.

According to the man’s attorney, comments that were written and posted by the husband in November were not threats, but opinions. The lawyer stated that the website postings did not name the estranged wife nor were posts directed toward her.

The wife was blocked from the husband’s Facebook page but learned of website’s contents. A month after the comments were put online, the wife asked a judge to find her spouse in contempt of a protective order preventing the husband from annoying, harassing or abusing her. 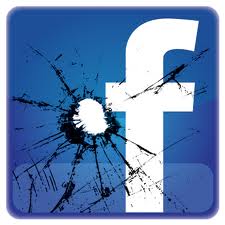 The husband admitted he was frustrated with legal obstacles that prevented him from desired visitations with the couple’s 17-month-old son. The court allows the father to see his son twice a week.

A magistrate backed the wife and gave the husband an option. The estranged husband could spend 60 days in jail and pay a $500 fine or post the pre-scripted Facebook apologies and pay the wife’s legal fees.

The judge felt the husband’s Facebook comments about “an evil, vindictive woman” encouraged the husband’s online social circle to engage in a “venomous response.”

Source: washingtonpost.com, “Court tells man to apologize on Facebook for comments about estranged wife or go to jail,” Feb. 25, 2012