They always said California sets the trends….Divorces can be contentious at times. Decisions have to be made regarding child custody, alimony, and property division. But what happens to the pets? California divorces are changing in regard to how family pets are considered in divorce proceedings.

In the past, California courts may have generally assigned ownership of a family pet to stay with the child involved in the divorce. This idea has changed with the idea that family pets are considered by many to be a “child” and not merely property. Every state considers pets as property. Since pets were considered property, the ownership of the pet was divided in a similar manner as furniture. 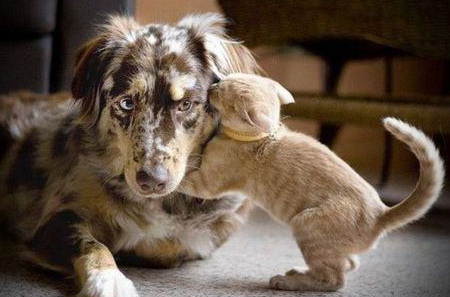 A survey by the American Academy of Matrimonial Lawyers stated divorces involving pet custody have remarkably increased over the last several years. Since the mindset about pets during divorce has changed to incorporate an even bigger emotional attachment, people in divorce proceedings or civil union proceedings are more eager to fight over pet custody.

Most pet custody cases stem from a love for the pet, but these cases can also stem from spite between the parties. California is a state that recognizes that concern. Previously, most states would not include a pet as a protected party in restraining order based on domestic violence. Some states, like California, and in some cases, a judge has recognized the potential for harm to the pet and the connection between the harm to the pet and the estranged spouse.